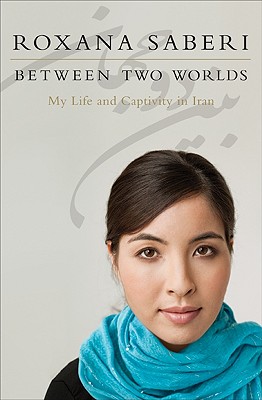 By Roxana Saberi
$25.99
Email or call for price

“Between Two Worlds is an extraordinary story of how an innocent young woman got caught up in the current of political events and met individuals whose stories vividly depict human rights violations in Iran.”
— Shirin Ebadi, winner of the Nobel Peace Prize

Between Two World is the harrowing chronicle of Iranian-American journalist Roxana Saberi’s imprisonment in Iran—as well as a penetrating look at Iran and its political tensions. Here for the first time is the full story of Saberi’s arrest and imprisonment, which drew international attention as a cause célèbre from Barack Obama, Hillary Clinton, and leaders across the globe.

Roxana Saberi has reported for ABC Radio, the BBC, Feature Story News, Fox News, NPR, and PRI. She lived in Iran from February 2003 to May 2009 and currently resides in the United States.

“A spot-on chronicle of the paranoia and utter buffoonery of the Iranian government and its apparatchiks. . . . Saberi spent five months in Evin Prison fighting for her life. She would say that she fought for her soul as well. Her redemption is this compassionate and courageous memoir.”
— Susanne Pari, The San Francisco Chronicle

“Between Two Worlds is an extraordinary story of how an innocent young woman got caught up in the current of political events and met individuals whose stories vividly depict human rights violations in Iran.”
— Shirin Ebadi, winner of the Nobel Peace Prize

“Saberi tells the chilling story of her 100 harrowing days in Evin Prison with finely etched detail and heroic candor in an unforgettable chronicle of an all-too-common assault against universal human rights, justice, and truth.”
— Booklist (starred review)

“A compelling and painful story about a young woman tangled in a legal system that was deciding her fate in an almost labyrinthic and surrealistic way.”
— Guillermo Arriaga, author, director, and screenwriter

“Saberi’s moving descriptions of prison scenes and judicial settings offer one of the best accounts of what takes place in the darkest corners of the Islamic Republic. Authoritarian regimes have yet to learn not to imprison, on spurious charges, talented authors and journalists, contributing to the enrichment of prison literature.”
— Reza Afshari, author of Human Rights in Iran: The Abuse of Cultural Relativism

“Saberi shows us she is neither a delicate beauty queen nor a fearless reporter. And this is why her story is so powerful. . . . Through this complex self-portrait, she hopes more of the world will demand an end to the human rights catastrophe in Iran.”
— Eileen Flynn, The Austin American-Statesman

“With no factional axe to grind, Saberi’s English-language memoir provides a candid, timely look at the injustices suffered by prisoners of conscience within Evin’s walls. … Ultimately, Saberi’s memoir brings us up-to-date on the state of Iran’s prisons, and the picture is grim.”
— Elham Gheytanchi, Ms. magazine (blog)>

“Eminent reading. . . . Between Two Worlds is about courage in the face of adversity, about overcoming fear in the pursuit of truth and faith in God in the most trying circumstances. These virtues stood her through the prison ordeal and now in telling her story.”
— Time Out Doha

“An incredibly riveting account of every journalist’s worst nightmare come true in Iran. In poignantly telling her own story, Roxana Saberi takes us inside the world of Tehran’s notorious Evin Prison, introducing us to a remarkable cast of women who have been otherwise forgotten.”
— Karim Sadjadpour, Carnegie Endowment for International Peace

“The author vividly conveys the fear, confusion and uncertainty experienced by an innocent person trapped in a repressive system where human rights norms have no meaning. Despite her ordeal, she draws strength and inspiration from other women prisoners of conscience detained with her in Tehran’s infamous Evin Prison.”
— Elise Auerbach, Iran specialist for Amnesty International USA

“To read Roxana’s re-telling of her ordeal is to take a rare and eye-opening walk through Iran’s horrible human rights record. … A powerful testament to the fortitude of human soul and its ability to survive the most daunting of situations.”
— Hadi Ghaemi, Director of International Campaign for Human Rights in Iran

“A story of redemption and grace. . . . Saberi’s principled stand and her willingness to speak out about her ordeal has made her an ambassador for press freedom and human rights. . . . This compelling and moving account is a tale of resistance.”
— Joel Simon, Executive Director of Committee to Protect Journalists

“A compelling and moving personal story about triumph over adversity and a unique portrayal of Iran’s judicial system, life in Evin, the system’s callousness, and the daily injustices. Her measured assessment of the Iranian experience is a further tribute to her profound understanding of the country and its people.”
— Feature Story News

“The most compelling passages are about a form of religious experience - the struggle of this young American-Iranian as she moves from false ‘confessions’ calculated to secure freedom to fierce truth-telling that grants her an inner liberation so powerful that even death is no longer frightening.
— Roger Cohen, The New York Times

“Saberi recounts the stories of her fellow prisoners, human rights workers and others, many of whom were arrested for their religious or political beliefs. . . .She was saved by international attention to her case and makes a plea for increased international vigilance.
— Salter Reynolds, The Los Angeles Times

“The author writes eloquently of both the brutality and beauty - in bonding with her cellmates, and even connecting with her guards - she experienced in Evin. And most importantly, in telling her own story, Saberi has raised critical awareness of so many other political prisoners who remain silenced in captivity.”
— Heather Horiuchi, Nichi Bei Weekly

“I highly recommend Between Two Worlds, no matter how much or little you know of the situation in Iran. Seasoned activists will see. . . why they do what they do; the casual reader will glean a sense of what the citizens of Iran face daily.”
— United4Iran.com blog