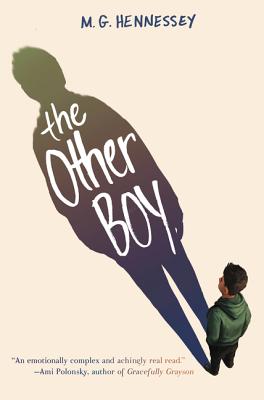 A beautifully heartfelt story about one boy’s journey toward acceptance. A book that Jill Soloway, the award-winning creator of Transparent, called “a terrific read for all ages” and Ami Polonsky, author of Gracefully Grayson, called “an emotionally complex and achingly real read.”

Twelve-year-old Shane Woods is just a regular boy. He loves pitching for his baseball team, working on his graphic novel, and hanging out with his best friend, Josh. But Shane is keeping something private, something that might make a difference to his friends and teammates, even Josh. And when a classmate threatens to reveal his secret, Shane’s whole world comes crashing down. It will take a lot of courage for Shane to ignore the hate and show the world that he’s still the same boy he was before. And in the end, those who stand beside him may surprise everyone, including Shane.

loves Star Wars, the San Francisco Giants, strawberry ice cream, and dancing (not necessarily in that order). If she could choose one superpower, it would be flying. A supporter of the Transgender Law Center, Gender Spectrum, and the Human Rights Campaign, she lives in Los Angeles with her family. Visit her on the web at www.mghennessey.com.

is a comic artist and illustrator who is deeply invested in the telling of transgender stories, whose own work includes the comic Eth’s Skin and the Beyond anthology. Sfé lives on the edge of the Atlantic Ocean in Nova Scotia, Canada, and enjoys conspiracy theories, eerie beasts, and folk music. Visit Sfé R. Monster at www.sfemonster.com or on Twitter @sfemonster.

“This is the story with a triumphant-but-realistic ending. It’s challenging but not tragic, and it ends with bright, beautiful hope.”
— Kirkus Reviews

“Shane’s voice rings true, and the writing is straightforward and accessible...t’s refreshing to read a story with a young trans character already living life as his true gender and never questioning his identity...The book...has wide appeal.”
— School Library Journal

“Shane’s story presents a range of experiences of how people react to someone transgender. More importantly, his story walks readers through what it feels like to know your body doesn’t align with your gender. Shane is positioned just right to surface problems negotiating friends and romance as an ordinary boy.”
— Bulletin of the Center for Children’s Books

“Hennessey explores Shane’s life and it’s many complications with sensitivity. Terrific story-telling elevates this above a standard “issues book,” and readers will find it impossible not to empathize with the diverse cast of characters.”
— San Francisco Chronicle