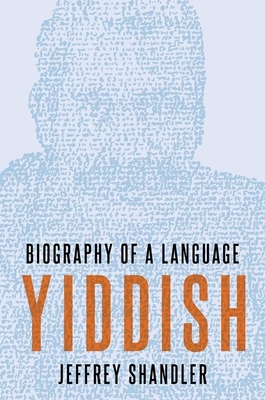 The most widely spoken Jewish language on the eve of the Holocaust, Yiddish continues to play a significant role in Jewish life today, from Hasidim for whom it is a language of daily life to avant-garde performers, political activists, and LGBTQ writers turning to Yiddish for inspiration.
Yiddish: Biography of a Language presents the story of this centuries-old language, the defining vernacular of Ashkenazi Jews, from its origins to the present. Jeffrey Shandler tells the multifaceted history of Yiddish in the form of a biographical profile, revealing surprising insights through a series of thematic chapters. He addresses key aspects of Yiddish as the language of a diasporic population, whose speakers have always used more than one
language. As the vernacular of a marginalized minority, Yiddish has often been held in low regard compared to other languages, and its legitimacy as a language has been questioned. But some devoted Yiddish speakers have championed the language as embodying the essence of Jewish culture and a
defining feature of a Jewish national identity. Despite predictions of the demise of Yiddish-dating back well before half of its speakers were murdered during the Holocaust-the language leads a vibrant, evolving life to this day.

Jeffrey Shandler is Distinguished Professor of Jewish Studies at Rutgers University. A scholar of modern and contemporary Jewish culture, he has written, edited, or translated sixteen books. Shandler has served as president of the Association for Jewish Studies and is a fellow of the AmericanAcademy for Jewish Research.