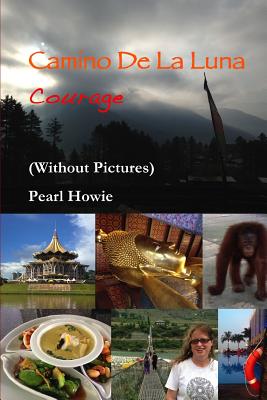 The fifth in the Camino de la Luna series (or seventh with "free Feeling Real Emotions Everyday" and "Japan Is Very Wonderful"). "The only thing we have to fear is fear itself." So said Franklin Delano Roosevelt in his 1933 Inaugural Address when he first became US President. It was a year when almost 1 in 3 were unemployed in the US, a year when a Jewish pacifist called Albert Einstein left Germany to work at Princeton, a year when Hitler became Chancellor of Germany and opened Dachau, the first concentration camp. The money changers, as Roosevelt called them, had created a Great Depression. "Happiness" he said "lies not in the mere possession of money; it lies in the joy of achievement, in the thrill of creative effort." Having left Sri Lanka, I was about to explore Malaysia, Borneo, Bangkok and ultimately visit the almost mythical Kingdom of Bhutan, reported to be the Happiest Place on Earth. I was about to confront my own deepest fear. Also available as a colour paperback and in eBook.