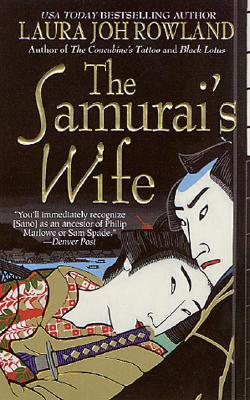 By Laura Joh Rowland
$6.99
Special Order. May not be available. Call the store for details.

Far from the Shogun's court at Edo, Most Honorable Investigator Sano Ichiro begins the most challenging case of his career. Upon the insistence of his strong-willed and beautiful wife Reiko, Sano arrives with her at the emperor's palace to unmask the murderer--who possesses the secret of "kiai," "the spirit city," a powerful scream that can kill instantly. A high Kyoto official is the victim. Treading carefully through a web of spies, political intrigue, forbidden passions, and intricate plots, Sano and Reiko must struggle to stay ahead of the palace storm--and outwit a cunning killer. But as they soon discover, solving the case means more than their survival. For if they fail, Japan could be consumed in the bloodiest war it has ever seen...
A legendary land comes alive in this compelling murder mystery set in seventeenth-century Japan. Filled with finely drawn characters and suspenseful plot twists, "The Samurai's Wife" is a novel as complex, vivid, and artful as the glorious, lost world it portrays.

"As a fan of Shogun, it's easy to say that The Samurai's Wife provided me with the same sense of place and culture that was so invigorating in James Clavell's epic yarn...Rowland's a pretty terrific storyteller."--Chicago Tribune