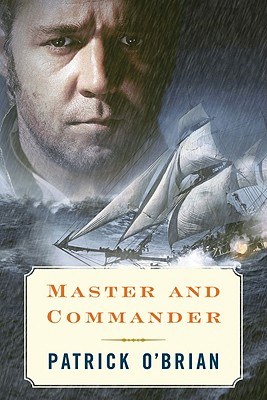 "The best sea story I have ever read."—Sir Francis Chichester

It is the dawn of the nineteenth century; Britain is at war with Napoleon's France. Jack Aubrey, a young lieutenant in Nelson's navy, is promoted to command of H.M.S. Sophie?, an old, slow brig unlikely to make his fortune. But Captain Aubrey is a brave and gifted seaman, his thirst for adventure and victory immense. With the aid of his friend Stephen Maturin, ship's surgeon and secret intelligence agent, Aubrey and his crew engage in one thrilling battle after another, their journey culminating in a stunning clash with a mighty Spanish frigate against whose guns and manpower the tiny ?Sophie? is hopelessly outmatched.

You're in for a wonderful voyage.
— People

O'Brian is a novelist, pure and simple, one of the best that we have.
— Los Angeles Times Book Review

Patrick O'Brian can put a spark of character into the sawdust of time.
— Observer

Taken as a whole, the Aubrey-Maturin novels are by a long shot the best things of their kind... they are uniquely excellent.
— Terry Teachout - New York Times Book Review

One does not get many pages into the Aubrey-Maturin sequence before falling under the spell of O'Brian's prose, which is... elegantly paced, quietly witty.
— Katherine A. Powers - Atlantic Monthly

If Jane Austen had written rousing sea yarns, she would have produced something very close to the prose of Patrick O'Brian.
— Time