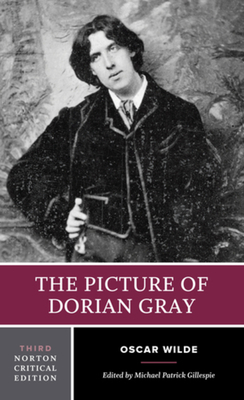 By Oscar Wilde, Michael Patrick Gillespie (Editor)
$35.63
Special Order. May not be available. Call the store for details.

“This edition is of the utmost importance to those interested in Wilde and literary modernism. It seems certain to become the standard edition of Dorian Gray.” —Ned Lukacher, University of Illinois at Chicago

Read by more than 12 million students over fifty-five years, Norton Critical Editions set the standard for apparatus that is right for undergraduate readers. The three-part format—annotated text, contexts, and criticism—helps students to better understand, analyze, and appreciate the literature, while opening a wide range of teaching possibilities for instructors. Whether in print or in digital format, Norton Critical Editions provide all the resources students need.

Michael Patrick Gillespie is Professor of English at Florida International University. He is the author of Oscar Wilde and the Poetics of Ambiguity, Branding Oscar Wilde, The Aesthetics of Chaos: Nonlinear Thinking and Contemporary Literary Criticism, Inverted Volumes Improperly Arranged: James Joyce and His Trieste Library, Reading the Book Himself: Narrative Strategies in the Works of James Joyce, The Aesthetics of Chaos, The Myth of an Irish Cinema, James Joyce and the Exilic Imagination, Reading William Kennedy, and Film Appreciation through Genres. His other edited works include the Norton Critical Edition of The Importance of Being Earnest, James Joyce and the Fabrication of an Irish Identity, and Joyce through the Ages: A Non-Linear View.