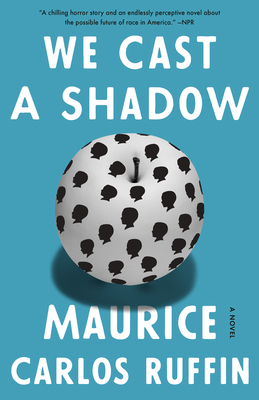 “An incisive and necessary” (Roxane Gay) debut for fans of Get Out and Paul Beatty’s The Sellout, about a father’s obsessive quest to protect his son—even if it means turning him white

“Stunning and audacious . . . at once a pitch-black comedy, a chilling horror story and an endlessly perceptive novel about the possible future of race in America.”—NPR

LONGLISTED FOR THE DUBLIN LITERARY AWARD, THE CENTER FOR FICTION FIRST NOVEL PRIZE, THE PEN/OPEN BOOK AWARD, AND THE PEN/FAULKNER AWARD • NAMED ONE OF THE BEST BOOKS OF THE YEAR BY NPR AND THE WASHINGTON POST

“You can be beautiful, even more beautiful than before.” This is the seductive promise of Dr. Nzinga’s clinic, where anyone can get their lips thinned, their skin bleached, and their nose narrowed. A complete demelanization will liberate you from the confines of being born in a black body—if you can afford it.

In this near-future Southern city plagued by fenced-in ghettos and police violence, more and more residents are turning to this experimental medical procedure. Like any father, our narrator just wants the best for his son, Nigel, a biracial boy whose black birthmark is getting bigger by the day. The darker Nigel becomes, the more frightened his father feels. But how far will he go to protect his son? And will he destroy his family in the process?

This electrifying, hallucinatory novel is at once a keen satire of surviving racism in America and a profoundly moving family story. At its center is a father who just wants his son to thrive in a broken world. Maurice Carlos Ruffin’s work evokes the clear vision of Ralph Ellison, the dizzying menace of Franz Kafka, and the crackling prose of Vladimir Nabokov. We Cast a Shadow fearlessly shines a light on the violence we inherit, and on the desperate things we do for the ones we love.

Maurice Carlos Ruffin has been a recipient of an Iowa Review Award in fiction and a winner of the William Faulkner–William Wisdom Creative Writing Competition for Novel-in-Progress. His work has appeared in Virginia Quarterly Review, AGNI, The Kenyon Review, The Massachusetts Review, and Unfathomable City: A New Orleans Atlas. A native of New Orleans, Ruffin is a graduate of the University of New Orleans Creative Writing Workshop and a member of the Peauxdunque Writers Alliance.

“We Cast a Shadow asks some of the most important questions fiction can ask, and it does so with energetic and acrobatic prose, hilarious wordplay and great heart. . . . Love is at the core of this funny, beautiful novel . . . . At any moment, Ruffin can summon the kind of magic that makes you want to slow down, reread and experience the pleasure of him crystallizing an image again. . . . Read this book.”—Nana Kwame Adjei-Brenyah, The New York Times Book Review (Editors’ Choice)

“Set in the post-post-racial South, We Cast a Shadow tells the story of a man—one of the few black men at his law firm—desperate to pay for his biracial son to undergo demelanization, desperate to ‘fix’ what he sees as his son’s fatal flaw. It is this desperation that haunts this novel and, in this desperation, we see just how pernicious racism is, how irrevocably it can alter how a man sees the world, himself, and those he loves. It is a chilling, unforgettable cautionary tale, and one we should all read and heed.”—Roxane Gay, author of Bad Feminist

“We Cast a Shadow is like a dispatch from the frontlines of the African-American psyche. Written with ruthless intelligence, it’s the story of a father’s love and how he tries to protect his son in a country that devours black lives through violence, incarceration, and poverty. . . . [Ruffin] can drive his story to the outer limits and beyond, and never lose the threads of bitter reality that make it so haunting. We Cast a Shadow soars on Ruffin’s unerring vision.”—Renée Graham, The Boston Globe

“Stunning and audacious . . . at once a pitch-black comedy, a chilling horror story and an endlessly perceptive novel about the possible future of race in America. . . . Ruffin proves to be a master . . . a fast-paced and intricately plotted book . . . The real draw of the novel is Ruffin’s gift at creating unforgettable characters. . . . He writes with a straight face, never in love with his own cleverness—there are echoes of Ralph Ellison’s intelligent, unshowy prose. . . . There’s no doubt that We Cast a Shadow, with its sobering look at race in America, can be difficult to read, but it’s more than worth it. . . . It’s a razor-sharp debut from an urgent new voice of fiction.”—NPR

“Ruffin’s name is the talk of the literary world.”—The Times-Picayune

“Inventive and shocking . . . One of the most anticipated debut novels of 2019.”—Los Angeles Times

“A biting satire of anti-blackness in the US.”—BuzzFeed

“A full-throated novelistic debut of ferocious power and grace . . . a story that refracts the insanity of the world into a shape so unique you wonder how this book wasn’t there all along.”—Lit Hub

“Propulsive . . . We Cast a Shadow proves that the eeriest works of speculative fiction are those that hit closest to home.”—Vulture