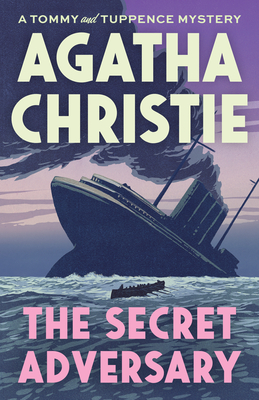 The novel that introduced Tommy and Tuppence, a bantering pair of 1920s bright young things who solve a mystery together while falling for each other.

The Great War is over and jobs are scarce. Tommy Beresford and Prudence "Tuppence" Cowley, who were friends before the war, run into each other in London and discover they are both equally short of money and opportunities. On a whim, they decide to start a business, advertising themselves as "The Young Adventurers."

Their first job leads them into a series of increasingly dangerous situations involving international spies, a society beauty, a Russian count, the wreck of the Lusitania, an amnesia patient, an American millionaire, and a fiendishly clever arch-criminal known only as "Mr. Brown."

By the time the dust settles, all the puzzle pieces have been fitted together—and the young couple have realized their feelings for each other and have become engaged.

AGATHA CHRISTIE (1890-1976) was born in Devon, England. She wrote more than seventy books and 150 short stories, as well as works for stage and screen. Her novel And Then There Were None is considered the world's bestselling mystery novel, and her play The Mousetrap is the longest-running play in London theater history.

“Christie’s books are so much more than great puzzles. Each of her novels demonstrates a profound understanding of people–how they think, feel and behave–all delivered in her crisp, elegant, addictively readable style.” —The Guardian