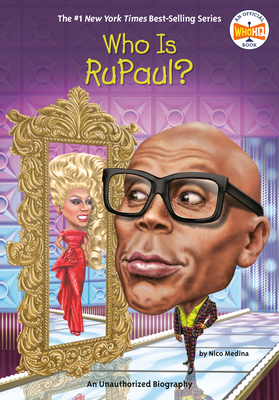 Learn how this Emmy-winning host, producer, and television personality became the world's most famous drag queen.

RuPaul Andre Charles always knew he was meant to be a performer. Even as a young child, he loved to dress up and imitate the glamorous women he saw on television. When he turned fifteen, he began studying theater in a performing arts school in Atlanta and never looked back. Ru developed his drag-queen personality and launched his career in the 1980s. He now hosts and judges the widely popular and long-running show RuPaul's Drag Race, which has raised the profile of the art of drag, and drag queens around the world.

Nico Medina is the author of several Who HQ books, including What Was Stonewall?, Where Is Mount Everest?, Where Is Alcatraz?, Who Was Aretha Franklin?, and What Was the Ice Age?