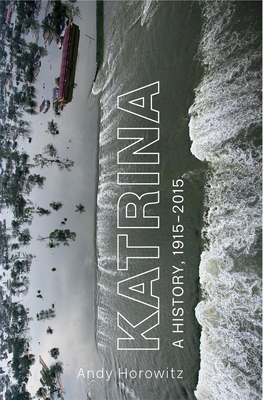 The definitive history of Katrina: an epic of citymaking, revealing how engineers and oil executives, politicians and musicians, and neighbors black and white built New Orleans, then watched it sink under the weight of their competing ambitions. Hurricane Katrina made landfall in New Orleans on August 29, 2005, but the decisions that caused the disaster extend across the twentieth century. After the city weathered a major hurricane in 1915, its Sewerage and Water Board believed that developers could safely build housing away from the high ground near the Mississippi. And so New Orleans grew in lowlands that relied on significant government subsidies to stay dry. When the flawed levee system surrounding the city and its suburbs failed, these were the neighborhoods that were devastated. The homes that flooded belonged to Louisianans black and white, rich and poor. Katrina's flood washed over the twentieth-century city. The flood line tells one important story about Katrina, but it is not the only story that matters. Andy Horowitz investigates the response to the flood, when policymakers reapportioned the challenges the water posed, making it easier for white New Orleanians to return home than it was for African Americans. And he explores how the profits and liabilities created by Louisiana's oil industry have been distributed unevenly among the state's citizens for a century, prompting both dreams of abundance--and a catastrophic land loss crisis that continues today. Laying bare the relationship between structural inequality and physical infrastructure--a relationship that has shaped all American cities--Katrina offers a chilling glimpse of the future disasters we are already creating.