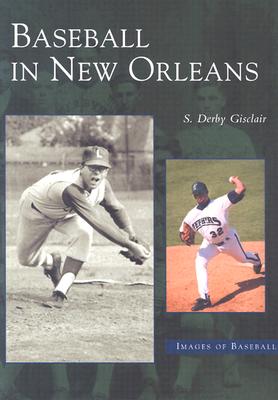 In July of 1859, seventy-five young New Orleanians came together to form the seven teams that comprised the Louisiana Base Ball Club. They played their games in the fields of the de la Chaise estate on the outskirts of New Orleans near present-day Louisiana Avenue. As America's population grew through immigration, so did the popularity of what the largest newspaper in New Orleans, the Daily Picayune, called in November of 1860 "the National Game." Baseball quickly replaced cricket as the city's most popular participant sport.

In 1887, local businessmen and promoters secured a minor league franchise for the city of New Orleans in the newly formed Southern League, beginning the city's 73-year love affair with the New Orleans Pelicans. From Shoeless Joe Jackson, to Hall of Famers Dazzy Vance, Joe Sewell, Bob Lemon, and Earl Weaver, to today's stars such as Jeff Cirillo and Lance Berkman, the road to the majors brought many notable players through New Orleans. From these early beginnings to the present-day New Orleans Zephyrs of the AAA Pacific Coast League, local fans have continued the tradition of baseball in New Orleans.