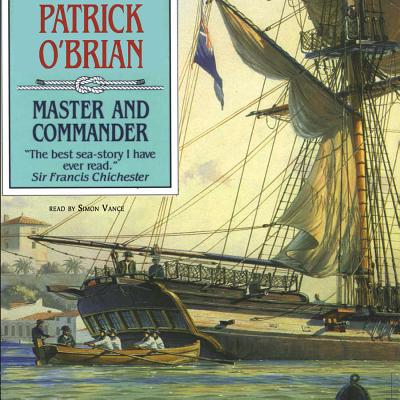 By Patrick O'Brian, Robert Whitfield (Read by), Simon Vance (Read by)
Email or call for price
Out of Print

This is book number 1 in the Aubrey-Maturin (Audio) series.

It is the dawn of the nineteenth century; Britain is at war with Napoleon's France. When Jack Aubrey, a young lieutenant in Nelson's navy, is promoted to captain, he inherits command of HMS Sophie, an old, slow brig unlikely to make his fortune. But Captain Aubrey is a brave and gifted seaman, his thirst for adventure and victory immense. With the aid of his friend Stephen Maturin, Aubrey and his crew engage in one thrilling battle after another, their journey culminating in a stunning clash with a mighty Spanish frigate against whose guns and manpower the tiny Sophie is hopelessly outmatched.

O'Brian renders in riveting detail the life aboard a man-of-war in Nelson's navy: the conversational idiom of the officers in the ward room and the men on the lower deck, the food, the floggings, the mysteries of the wind and the rigging, and the roar of broadsides as the great ships close in battle.