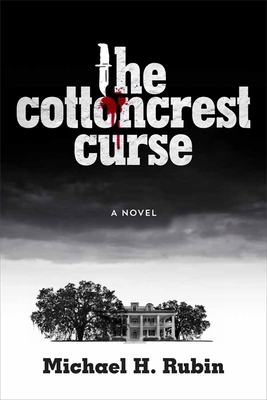 The bodies of an elderly colonel and his comely young wife are discovered on the staircase of their stately plantation home, their blood still dripping down the wooden balustrades. Within the sheltered walls of Cottoncrest, Augustine and Rebecca Chastaine have met their deaths under the same shroud of mystery that befell the former owner, who had committed suicide at the end of the Civil War. Locals whisper about the curse of Cottoncrest Plantation, an otherworldly force that has now taken three lives. But Sheriff Raifer Jackson knows that even a specter needs a mortal accomplice, and after investigating the crime scene, he concludes that the apparent murder/suicide is a double homicide, with local peddler Jake Gold as the prime suspect.
Assisted by his overzealous deputy, a grizzled Civil War physician, and the racist Knights of the White Camellia, the Sheriff directs a manhunt for Jake through a village of former slaves, the swamps of Cajun country, and the bordellos of New Orleans. But Jake's chameleon-like abilities enable him to elude his pursuers. As a peddler who has built relationships by trading fabric, needles, dry goods, and especially razor-sharp knives in exchange for fur, Jake knows the back roads of the small towns that dot the Mississippi River Delta. Additionally, his uncanny talent for languages allows him to pose as just another local, hiding his true identity as an immigrant Jew who fled Czarist-Russia.
Michael H. Rubin's The Cottoncrest Curse takes readers on the bold journey of Jake's flight within an epic sweep of treachery and family rivalry ranging from the Civil War to the civil rights era, as the impact of the 1893 murders ripples through the twentieth century and violence besets the owners of Cottoncrest into the 1960s.

Michael H. Rubin practices law and is a former professional jazz pianist. He is also an adjunct law professor and nationally known legal ethicist and humorist who has given over 375 major presentations throughout the United States, Canada, and the United Kingdom.