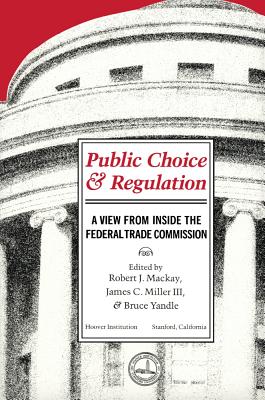 Until recently there have been almost no analyses of the Federal Trade Commission (FTC) as a political institution that is, one driven both by internal incentives and by ties to a larger political body that, in turn, responds to its own political and economic pressures. Past research has usually viewed the FTC's mandate of antitrust and consumer protection as beyond controversy and has treated the agency as a well-intentioned guardian of consumers and the marketplace. Critiques of the FTC's performance have most often focused on particular instances of policy failure and prescribed reforms that would enable the agency to faithfully serve the public interest. The studies collected in this volume apply positive economic analysis to the study of antitrust and consumer protection as practiced by the FTC. They examine the systematic influence on the agency's behavior of external factors, such as Congress, the executive branch, and interest groups. Internal factors, such as organizational structure and incentives, are also considered. These studies develop and empirically test theories that attempt to address such questions as, Why certain groups benefit from or bear the cost of FTC actions? What form FTC interventions in the economy are likely to take? and What forces determine FTC budgets, enforcement efforts, and program choice? This volume is unique among analyses of federal agencies in that it has been conceived, organized, and largely written by public-choice scholars who have firsthand experience with the inner workings and politics of the agency. Eleven of the seventeen authors have worked at the FTC, typically in significant policymaking or advisory positions. The volume provides a scholarly yet insider's perspective on the political and economic pressures that affect the operations of the FTC.

James C. Miller III is a senior fellow at the Hoover Institution at Stanford University and a senior adviser at Husch Blackwell, LLP, an international law firm.He was director of the US Office of Management and Budget from 1985 to 1988 and chairman of the US Federal Trade Commission from 1981 to 1985.

Bruce Yandle is a distinguished adjunct professor of economics with the Mercatus Center at George Mason University. His primary research interests are public choice, regulation, and free market environmentalism. He is dean emeritus of the Clemson College of Business and Behavioral Sciences.