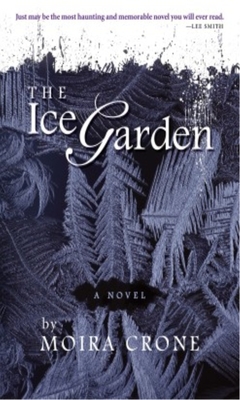 By Moira Crone
$18.95
Special Order. May not be available. Call the store for details.

In 2009, Moira Crone was given the Robert Penn Warren Award from the fellowship of Southern Writers for the body of her work. Calling her a "writer's writer," Allan Gurganus wrote the prize citation, saying, "Moira Crone is a fable maker with a musical ear, a plentitude of nerve, and an epic heart." Her work has been categorized as "Southern gnostic," in recognition of her spiritual, prophetic, and philosophical concerns. She has published three novels and three books of stories. Her shorter pieces have appeared in the New Yorker, Mademoiselle, Fantasy and Science Fiction, Oxford American, and more than two dozen anthologies. Her first speculative novel, THE NOT YET, was a finalist for the Philip K. Dick Award, an international prize for science fiction paper back of the year in 2013. Her current novel THE ICE GARDEN has been called "a heart stopper."