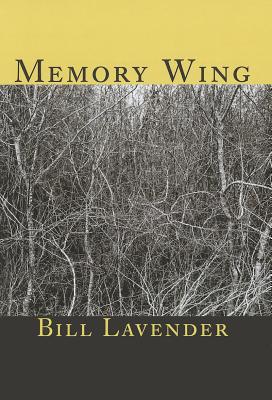 A memoir in verse that explores the outer reaches of truth: of memory, language and art. Loosely based on the tripartite structure of The Divine Comedy, this poem appears as a simple memoir in lyrical and immediately accessible language, yet it works by accumulation to question the very fact of memory and the foundations of truth and identity. This is a poem that reads as easily as a memoir but which is as dense with allusion as one of The Cantos. As Andrei Codrescu has said of it: "This is a grand American long poem Doc Williams would be proud of."

Delving with brilliant image precision into the power of the past, chanting in plain lyric to the ghosts of his mother and father and the futurity of his sons, Bill Lavender takes us back, down, deep into a psychological Arkansas and New Orleans that resonate with Dante's three part journey. In the field of felt memory, he guides us into territories of torment, recognition and

reconciliation that are his equivalents of Dante's inferno, purgatory and paradise. Memory Wing is a contemporary autobiographical masterpiece.


What a grand concerto! Read this epic eulogy and weep! Lavender is a resplendent Virgil traversing the woods of his memory, which coincides at unexpected places with our own. I'm happy to see the terse minimal suitcase of his lyrical self unpacked and overflowing. This is a grand American long poem Doc Williams would be proud of.


Memory Wing transcends and investigates the rich territory between poetry and creative nonfiction, exploring the myriad layers of the poet's personal experience in a voice that is sometimes humorous, often poignant, and deeply insightful.


There is no waiting in the wings here; everything's laid out on memory's stage, surreal as the Roman memory exercises ordained. The poet may be left wing, but he steps out from under the wing of Arkansas, Blake-like tragedy, and Dante, into the elegiac present. The OED's 12th definition best defines wing as "part of a spectral line where the intensity tails off to nothing at either side of it," but that fails to describe the utter intensity of the flight between points in this non-fiction epic poem which flies through past, present, and hallucinated futures at the speed of unpunctuated sound.


Bill Lavender shifts language in rare combinations that unsettle the reader. Memory Wing is no different except that it takes a lifetime to inhabit, but lets us dip into that proper distance between knowing and learning where we hold down our own memories for comparison and where we sit in the same tragedy and splendor....