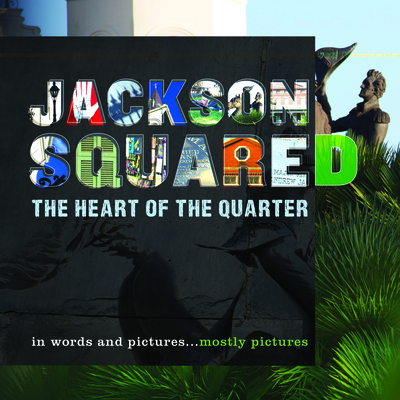 By Tom Varisco (Created by), John Biguenet (Foreword by)
$18.00
On Our Shelves Now

"Does anyone else smell beignets?"

Tom Varisco documents the French Quarter's Jackson Square with funny, surprising, and sometimes shocking images and essays. Even the statue of Old Hickory weighs in with some colorful art criticism and an ode to the Who Dat nation. The book is an irreverent celebration of one of America's most famous destinations.

Tom Varisco is the creator of Spoiled, a photo book of Hurricane Katrina refrigerator art, and Signs of New Orleans, a record of the city's colorful street signs.

John Biguenet has published seven books, including the novel Oyster and The Torturer's Apprentice: Stories.

John Biguenet: John Biguenet has published seven books, including "Oyster," a novel, and "The Torturer's Apprentice: Stories," released in the U.S. by Ecco/HarperCollins and widely translated. His work has received an O. Henry Award for short fiction and a Harper's Magazine Writing Award among other distinctions, and his poems, stories, plays, and essays have been reprinted or cited in "The Best American Mystery Stories," "Prize Stories: The O. Henry Awards," "The Best American Short Stories," "Best Music Writing," "Contemporary Poetry in America," "Katrina on Stage," and various other anthologies. His work has appeared in such magazines as Granta, Esquire, North American Review, Oxford American, Playboy, Storie (Rome), Story, and Zoetrope. Named its first guest columnist by The New York Times, Biguenet chronicled in both columns and videos his return to New Orleans after its catastrophic flooding and the efforts to rebuild the city.