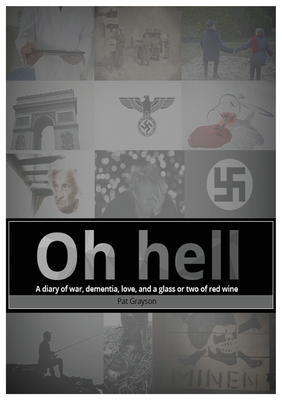 I started to write this book as a doodle, why not, as that is how I started writing in the first place. Yes a doodle but a cathartic doodle, one that was not meant to go anywhere except to the unfinished manuscript folder on my PC. But like a truck with a heavy load on a downward slope, it took off, faster and faster, not easily stopped. Of course it helped that periods of my family's history is interesting, but it was more than that. There was a compulsion, an imperative that was larger than me. The story that needed to be told is one of insidious illnesses that affects a large percentage of the population of western society - the illnesses are dementia, depression, anxiety and panic attacks. This is a story of people, real people, and how their lives were destroyed by these diseases. It is about the ravages of World War Two and Post Traumatic Stress Syndrome, and although my life has not been unduly affected by their diseases it is often a destroyer of the loved ones of the diseased. As this is a story about people with various afflictions, I wanted it to remain about those people and so have not deviated with long medical descriptions or treatments, and have kept complex terminology to a minimum. And although I want to highlight the plight of those with the afflictions so readers can understand how sad and debilitating they are, it is a story and not a textbook, and so that is why I have kept complexity from it. The same with geographical detail and history, where I have given just enough to round out the story and not to flummox.

It is the real story of war, love, hate and disease - but more importantly, it is the story of life. The mind is its own place, and in itself can make a Heaven of Hell, a Hell of Heaven John Milton