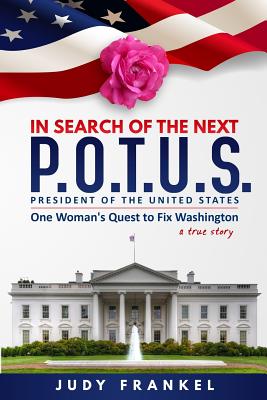 The U.S. Government is Broken

In this true adventure, political activist Judy Frankel shows how to combat corruption in Congress while choosing a qualified leader for the White House. Her humorous and heartbreaking crusade to overhaul Washington from the top down navigates the pitfalls of being a David in Goliath's world.

Now is the Time To Take Control of the U.S. Government

Judy illuminates today's unpublicized political landscape to reveal a six-point plan that is gaining momentum in grassroots groups across the United States. Without having to wait for Congress to get their act together, In Search of the Next POTUS gives voters the power to fix the U.S. government for good.

Join Judy's impassioned battle to safeguard our future. Read In Search of the Next POTUS before the 2016 election.