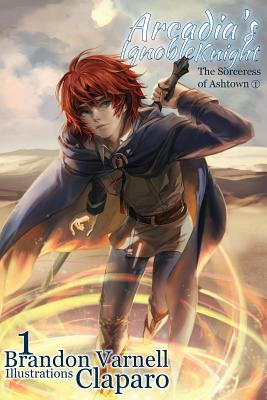 Arcadia's Knight Academy is the premier school for young men hoping to become a Sorceress's Knight. Only nobles, people with power and prestige, are allowed within these hallowed grounds--which explains why Caspian Ignis del Sol is hated by everyone. He's not a noble, or of even slightly noble lineage. He's a peasant.

As payment for being enrolled in the academy, Caspian is sometimes given tasks to perform that take him outside of the academy walls. This time, his job is to deliver a letter to a Sorceress living in Ashtown, but when the train that he's riding is attacked by a mysterious band of thugs in cloaks, he'll find that there is a whole lot more to this mission than he first imagined.