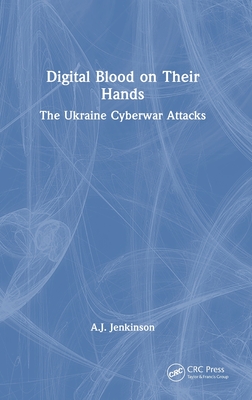 Cyberattacks are nothing particularly new to the world and Ukraine had suffered many such attacks by Russia over recent years. Russia had knowingly been exploiting Ukraine's digital vulnerabilities as a proving ground for nearly a decade. Malware such as Sandworm and BlackEnergy had caused untold damage to the Ukrainian population and government previously, which allowed Russia to perfect cyberattacks for further, more global events. Russia had been planting cyber sleeper digital cells for years, especially in the US and the UK.

Then, coincidently, the week after the Chinese Winter Olympic games had finished, Russia launched an all-out cyber offensive against 70 Ukrainian government websites. Owing to these being poorly--and insecurely--maintained, they toppled one by one, causing havoc and disruption to the Ukrainian government and to Ukraine's critical infrastructure. As Q said in James Bond: 'I can do more damage by breakfast sipping my Earl Grey tea with my keyboard than you ever can in the field.' Sadly, Q was right, as we witness daily. The keyboard and mouse have indeed become mightier than the sword.

The barrage of cyberattacks against Ukraine constitutes the first cyberwar by one nation against another. This attack crossed a very thin red line. That line had the hallmarks of a nation state, but had until now been confined to cyber criminal activities, immaterial of whom the perpetrators were. This, however, was now war. The cyberwar was simply a precursor, the softening of a country that would precede a kinetic war in which tens of thousands of people would lose their lives. This war was the first war for nearly 80 years that rang out deathly klaxons across Europe and the world.

Digital Blood on Their Hands addresses the issues that the digital world has created, covering the culpability, causal links and even liabilities that go towards these war crime atrocities, often too frightening to believe and also too compelling to dismiss. It tells a side to the world's first ever cyberwar that you would never otherwise see or possibly hear about.

Andrew Jenkinson is CEO of Cybersec Innovation Partners. 8 years Risk, compliance and Cyber Security experience. 20 years prior CEO of Charterhouse Risk and Compliance, led a total team from zero to over 500 resources of technical experts including leading a program for Sun Microsystems as a client for nearly ten years and other government contracts. After publishing his first book, Stuxnet to Sunburst and Ransomware and Cybercrime, Andrew was subsequently made a Fellow of the Cyber Theory Institute and acknowledged as a Thought Leader in the field of Public Key Infrastructure, Domain Name System, both the fundamental basic of all security. He has also been named as one of the worlds leading 30 Cyber Security Experts by The European Institute of Risk. Other books by this author: Stuxnet to Sunburst: 20 Years of Digital Exploitation and Cyber Warfare https: //www.routledge.com/Stuxnet-to-Sunburst-20-Years-of-Digital-Exploitation-and-Cyber-Warfare/Jenkinson/p/book/9781032068503 Ransomware and Cybercrime https: //www.routledge.com/Ransomware-and-Cybercrime/Jenkinson/p/book/9781032235509