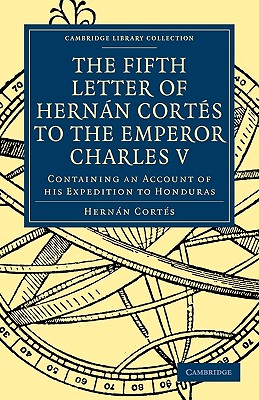 The publications of the Hakluyt Society (founded in 1846) made available edited (and sometimes translated) early accounts of exploration. The first series, which ran from 1847 to 1899, consists of 100 books containing published or previously unpublished works by authors from Christopher Columbus to Sir Francis Drake, and covering voyages to the New World, to China and Japan, to Russia and to Africa and India. This 1868 volume contains the first English translation of Hern n Cort s' 1526 report to Emperor Charles V on his expedition from Mexico to Honduras to subdue the rebellion in the Spanish colony which had been founded there. The colony was used to supply native workers for the Spanish Caribbean plantations, and was a recurring source of trouble for its overlords. The early years of Spanish colonisation in Central and South America were marked by power-struggles between the Conquistadors themselves, as this account shows.