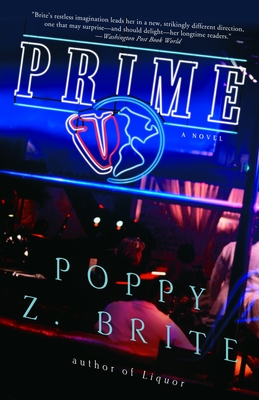 By Poppy Z. Brite
$16.32
Special Order. May not be available. Call the store for details.

This is book number 3 in the Rickey and G-Man Series series.

Two years after the opening of Liquor, New Orleans chefs Rickey and G-man are immersed in the life of their restaurant, enjoying a loyal cast of diners, and cooking great booze-laced food. All’s well until a bad review in a local paper not-so-subtly hints that their “silent” backer, celebrity chef Lenny Duveteaux, has ulterior motives. When Lenny is accused of serious criminal activity by eccentric D.A. Placide Treat, Rickey and G-man realize it may be time to end their dependence on him.

When Rickey is offered a plum consulting job at a Dallas restaurant, it seems the perfect way to beef up their bank account. But taking the gig will mean a reunion with Cooper Stark, the older chef with whom Rickey shared an unsettling cocaine-fueled encounter back in culinary school, as well as dealing with gung-ho Texas businessman/restaurateur Frank Firestone. At G-man’s urging, Rickey finally accepts the offer and revamps Firestone’s menu to rave reviews.

Home in New Orleans, Rickey has just settled back into his daily kitchen routine when he receives disturbing information that forces his return to Dallas. As Placide Treat’s machinations grow ever more bizarre, G-man learns that there’s more to the story—and that Rickey is in Texas-size danger.

Poppy Z. Brite’s fiction set in the New Orleans restaurant world includes Liquor, The Value of X, and stories from her collection The Devil You Know. She lives in New Orleans with her husband, Chris, a chef, and is at work on another novel featuring Rickey and G-man.

"A high-end restaurant is - for any competent novelist - a gift that keeps on giving. The heat, the bickerings and intrigue, the pursuit of perfection, the dodgy money keeping it all afloat: the setting spawns plots ... Can the [Liquor] franchise sustain itself? The answer is yes." —New York Times

“Brite’s restless imagination leads her in a new, strikingly different direction, one that may surprise—and should delight—her longtime readers.” —Washington Post Book World

“Steeped in spicy dialogue and N’awlins flavor . . . a behind-the-swinging-door peek into the world of chefs.” —Entertainment Weekly