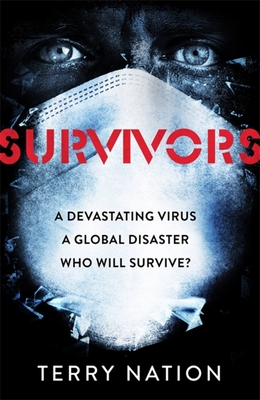 Survivors of a global plague battle for life on an empty planet. A terrifying vision of a post-apocalyptic world...

'A fine piece of British post-apocalyptic fiction' DEATHRAY 'Nation's novel is based on his original cult series...and is all the better for it, being far, far more gritty and realistic' SUNDAY SUN A virus has wiped out 95 per cent of the world's population in just a few weeks, leaving the remaining 5 per cent to stay alive in a world devoid of the most basic amenities - electricity, transport and medicine. The few survivors of the human race are forced to fall back on the most primitive skills in order to live and re-establish some semblance of law and order. Abby Grant, widowed by the plague, moves through this new dark age with determination, sustained by hope that her son, who fled his boarding school at the onset, has survived. She knows she must relearn the skills on which civilisation was built. With others, she founds a commune and the group return to the soil. But marauding bands threaten their existence. For Abby, there's a chance for a new life and love when she encounters James Garland, the fourteenth Earl of Woodhouse, who is engaged in a desperate fight to save his ancestral home. But more important, she must find her son.

Terry Nation was born in 1930 in Wales. After briefly joining his father's furniture-making business and attempting stand-up comedy, Nation turned his hand to writing and worked on radio scripts for The Goon Show and a range of TV dramas such as The Saint, The Avengers, Z Cars, The Baron, The Champions, Department S and The Persuaders. He also went on to write about 100 episodes of Doctor Who and worked on popular American TV series. He died in Los Angeles in 1997.