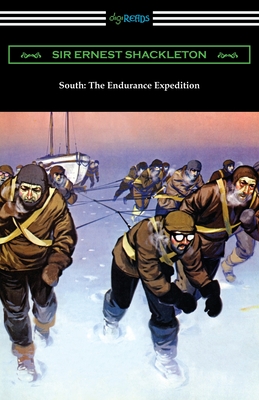 First appearing in 1919, "South: The Endurance Expedition" is the gripping account of those who traveled with Sir Ernest Shackleton on his third expedition to Antarctica. In August1914, Shackleton set out with a crew of twenty-eight aboard the ship "Endurance" in an effort to become the first men to cross the vast Antarctic land mass, a grand plan that was given the lofty title "The Imperial Trans-Antarctic Expedition." At the same time the "Endurance" set out into the Weddell Sea so that a group of six, including Shackleton, could traverse the vase continent, another ship, called "The Aurora" landed on the other side of the continent to leave supplies for Shackleton's group. Their adventurous and daring exploration soon became a struggle for survival however when the "Endurance" was trapped by solid ice which slowly crushed and disabled the ship and left the crew stranded in a barren snowy wilderness. What would follow is one of the most gripping tales of heroism and survival in the face of almost certain death to have ever been told. Drawing upon the first-hand accounts of the men who lived to tell the tale, "South: The Endurance Expedition" is a harrowing and fascinating saga of polar exploration. This edition is printed on premium acid-free paper.