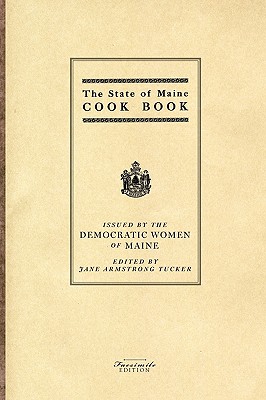 Jane Armstrong Tucker's collection of recipes, some from her own family's kitchen and others contributed by fellow "democratic women" of Maine, was published circa 1925. Wholesome New England recipes for chowders and fish dishes lead the way, with instructions for preparing sweets occupying fully half the book. The cost of the book's original publication was offset by paid advertisements placed by candidates for local office throughout the state, as well as ads for a handful of retailers, wholesalers, and products, including this for White House Coffee - "All Democrats use it, and most Republicans, because it is the best." Castle Tucker, a Regency-style mansion built in 1807 by Judge Silas Lee in Wiscasset Maine, was purchased by Captain Richard Tucker in 1858. He and his wife raised five children in the home. The house and its contents were preserved by his daughter Jane, and later her niece. Today, Castle Tucker is a Historic New England property and is open to the public from June to October.