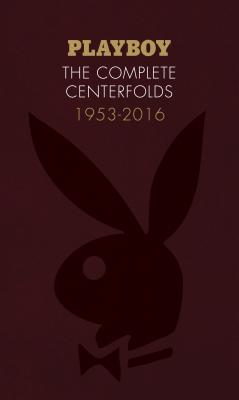 With the first centerfold image of the radiant Marilyn Monroe, Hugh M. Hefner masterminded a cultural icon: Playboy's Playmate of the Month. This voluptuous new edition celebrates every nude centerfold from every issue of Playboy, from 1953 to February 2016. Initially published a decade ago, and now comprehensively updated, this must-have edition boasts 734 nude centerfolds and decade openers from literary luminaries, including an all-new essay by Elizabeth Wurtzel on the last decade of centerfolds, and a redesigned package that perfectly captures the complete cultural and aesthetic arc of the Playboy centerfold.
With contributions by:
- Robert Coover
- Paul Theroux
- Robert Stone
- Jay McInerney
- Daphne Merkin
- Maureen Gibbon
- Elizabeth Wurtzel

Hugh M. Hefner was the founder and editor-in-chief of Playboy magazine.

Robert Coover is author of The Public Burning.

Paul Theroux is author of The Great Railway Bazaar.

Daphne Merkin is author of Dreaming of Hitler.