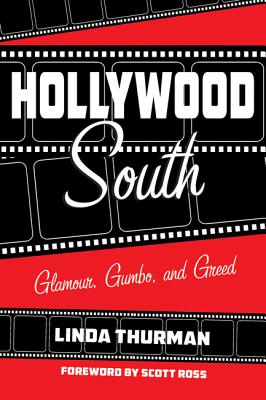 By Linda Thurman, Scott Ross (Foreword by)
$32.70
Email or call for price

Get the inside scoop on Hollywood South's dramatic beginnings

"Bourbon and St. Peter is taking on the appearance of Hollywood and Vine."

From the chairman's office of a Hollywood studio to the corridors of the Louisiana legislature, Hollywood insider Linda Thurman follows the rise and subsequent corruption of Hollywood South. Intimately acquainted with the conspiracy to manipulate and control the Louisiana film industry (which resulted in several arrests), Thurman sheds light on the convoluted relationship between politics and entertainment in both Hollywood and Louisiana. Part memoir and part expos , Thurman's stories are both riveting and revealing--everything expected from a good Hollywood tale