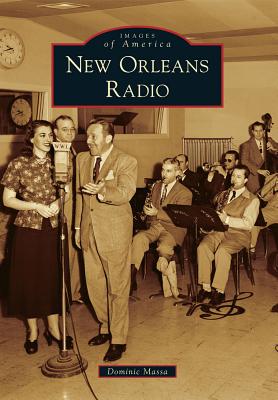 From humble beginnings in a physics lab on the campus of Loyola University came the sounds of the first radio station in the lower Mississippi River Valley when WWL Radio signed on in 1922. The little station would grow into a national powerhouse, with its morning Dawnbusters show and nightly broadcasts from the Blue Room of the Roosevelt Hotel. The city's second oldest station, WSMB, with studios in the Maison Blanche Building, developed its own cast of favorites, including Nut and Jeff. Later, in the city known as the birthplace of jazz, radio played a key role in popularizing early rock and roll. Disc jockeys at leading stations WTIX and WNOE helped develop the Crescent City sound, along with local personalities with colorful names like Poppa Stoppa, Jack the Cat, and Dr. Daddy-O.