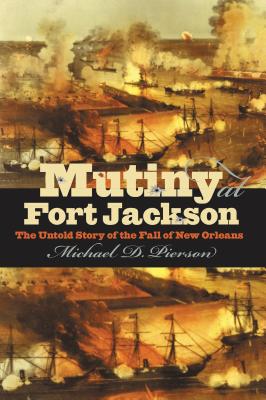 New Orleans was the largest city--and one of the richest--in the Confederacy, protected in part by Fort Jackson, which was just sixty-five miles down the Mississippi River. On April 27, 1862, Confederate soldiers at Fort Jackson rose up in mutiny against their commanding officers. New Orleans fell to Union forces soon thereafter. Although the Fort Jackson mutiny marked a critical turning point in the Union's campaign to regain control of this vital Confederate financial and industrial center, it has received surprisingly little attention from historians. Michael Pierson examines newly uncovered archival sources to determine why the soldiers rebelled at such a decisive moment.

The mutineers were soldiers primarily recruited from New Orleans's large German and Irish immigrant populations. Pierson shows that the new nation had done nothing to encourage poor white men to feel they had a place of honor in the southern republic. He argues that the mutineers actively sought to help the Union cause. In a major reassessment of the Union administration of New Orleans that followed, Pierson demonstrates that Benjamin Beast Butler enjoyed the support of many white Unionists in the city.

Pierson adds an urban working-class element to debates over the effects of white Unionists in Confederate states. With the personal stories of soldiers appearing throughout, Mutiny at Fort Jackson presents the Civil War from a new perspective, revealing the complexities of New Orleans society and the Confederate experience.