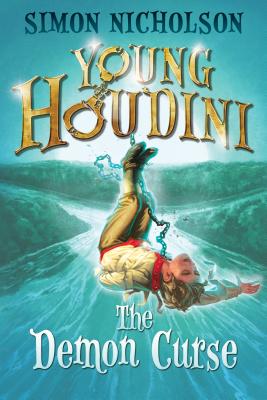 By Simon Nicholson
$7.99
On Our Shelves Now

This is book number 2 in the Young Houdini series.

"Action-packed and fast-paced...will appeal to fans of the '39 Clues.'" -School Library Journal on The Magician's Fire

Young Harry Houdini is a master magician, an impressive performance artist who dazzles crowds with his daring feats. But when Harry and his friends Billie and Arthur are called to New Orleans by the mysterious Order of the White Crow, the trio is faced with magic of an entirely different kind.

Whispers of voodoo and demonic spells rip through the streets as the city's mayor continues to suffer from a strange, zombified coma. What's more, the town is turning blame on the local fisherman-the very community that helped raise Billie. But it soon becomes clear there are other evils at play, and the three friends know something even more sinister is afoot.

To save the city from this truly terrifying evil, Harry will be forced to pull off his most spectacular escape yet

Praise for The Magician's Fire:

"A fast paced mystery. Middle-grade readers ...] will gallop through this spellbinder." -Kirkus

"Nicholson smoothly blends Houdini's prowess as an escape artist with his fictional hero's sleuthing skills as he tracks down a missing elderly magician... A cliffhanger ending will leave readers eager for the next installment." -Publishers Weekly