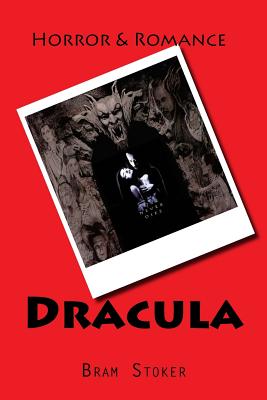 During a business visit to Count Dracula's castle in Transylvania, a young English solicitor finds himself at the center of a series of horrifying incidents. Jonathan Harker is attacked by three phantom women, observes the Count's transformation from human to bat form, and discovers puncture wounds on his own neck that seem to have been made by teeth. Harker returns home upon his escape from Dracula's grim fortress, but a friend's strange malady - involving sleepwalking, inexplicable blood loss, and mysterious throat wounds - initiates a frantic vampire hunt. The popularity of Bram Stoker's 1897 horror romance is as deathless as any vampire.

Abraham "Bram" Stoker (8 November 1847 - 20 April 1912) was an Irish author known today for his 1897 Gothic novel, Dracula. Newly inspired by his travels and exposure to the arts, in 1875, Stoker published his first horror story, The Primrose Path. He continued to publish writings while managing the successful Lyceum Theatre, including the story Under the Sunset (1882) and the novel The Snake's Pass (1890), earning modest acclaim. More notably, he garnered public praise for his many roles dedicated to the arts. In 1897, Stoker published his masterpiece, Dracula. Following the release of Dracula, Stoker published 19 novels before the end of his life. Among Stoker's later works are Miss Betty (1898), The Duties of Clerks of Petty Sessions in Ireland (1879), The Mystery of the Sea (1902), The Jewel of Seven Stars (1904) and The Lair of the White Worm (1911), which was later published under the title The Garden of Evil.