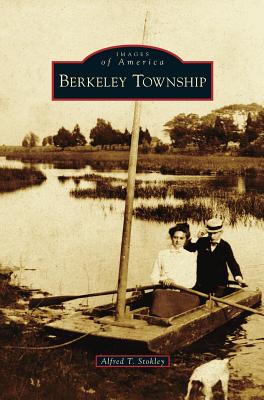 Incorporated in 1875, Berkeley Township was settled along the Barnegat Bay shoreline, dotted with homesteads and fishermen's shanties. The Central Railroad first brought summer tourists to the area for recreation in the late 19th century, and in the years to follow, many new attractions were established, including B.W. Sangor's lavish Royal Pines Hotel. Edward Crabbe established the village of Double Trouble in 1903 for lumber and cranberry production, and Sutton's Pavilion became Bayville's first fishing camp in 1905. Also in this era, George C. Crossly mined clay for terra-cotta products, using a narrow-gauge spur of the Pennsylvania Railroad. In 1928, Rudy Korman opened his restaurant and picnic grove, soon known as Korman's Corner. By the 1930s, Clover Cream Top Dairy was the largest in Bayville. In 1932, Dino the Dinosaur was built for a Sinclair Service Station and became a landmark. Historic Route 9 was used heavily through the middle of the 20th century, featuring roadside stands and tourist cabins. Berkeley Township showcases these landmarks and the rich recreational and commercial history of this Ocean County community.