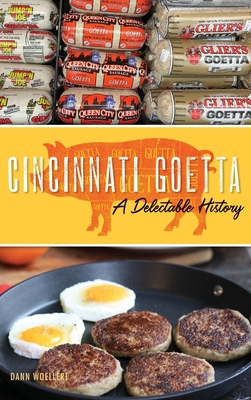 Cincinnati loves goetta. Since its arrival with nineteenth-century Germanic immigrants, this humble dish has evolved from peasant staple to ubiquitous delicacy. Once upon a time, Cincinnatians found goetta mostly in neighborhood butcher shops, in Over-the-Rhine's so-called Goetta Alley and through Sander Packing, its first commercial producer. Now hungry locals scarf it down at diners and white-linen establishments alike and in everything from egg rolls to Reuben sandwiches. Tracing goetta from its Germanic origins and its first stop in Greater Cincinnati to its largest commercial producers, Queen City Sausage and Gliers, food etymologist and "Goettevangelist" Dann Woellert explores goetta's history in the city that made it regionally famous.