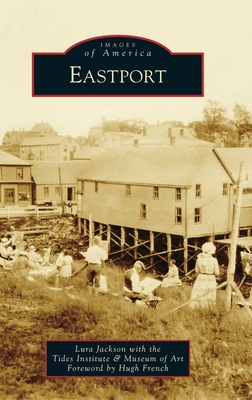 Far on the northeastern coast of Maine sits a small island whose size belies the depth of its storied past. Over the course of its existence, Eastport has been a part of the ancestral homeland of the Passamaquoddy, seized from American hands by the British, who would occupy it for four years, and ground zero for the North American sardine industry. Its remote location and stunningly rugged environment make it appealing to a wide variety of people, from fisherfolk and sailors to artists and performers from all over the world. Once serving as the stomping grounds of Benedict Arnold (having gone from traitor to trader), it was later frequented by a young Franklin D. Roosevelt, who became enchanted by its coastal charms. Habituated to facing periods of strife and of runaway success alike, the story of Eastport is one that changes as steadily as its momentous tides.