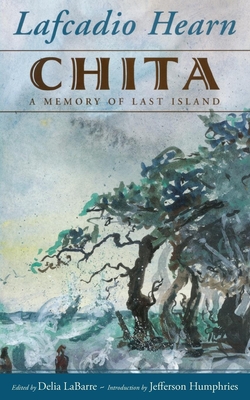 By Lafcadio Hearn, Delia Labarre (Editor), Jefferson Humphries (Introduction by)
Email or call for price
Out of Print

On August 10, 1856, the Gulf of Mexico reared up and hurled itself over Last Island, near New Orleans. The storm essentially split the island in half and swept much of it away, including its inhabitants, wealthy vacationers, and its resort hotel. There were few survivors. Lafcadio Hearn used these basic historical facts to create Chita. Originally published in 1889, this novella is a minor masterpiece that is by turns mysterious, mesmerizing, and tragic. In the aftermath of the storm, a Spanish fisherman wades into the Gulf to pick through debris. Among the bodies, he finds one that is yet alive, a young Creole girl. Her parents are presumed to have died in the storm. Raised by the fisherman's family, Chita grows into a strong, independent young woman. Her story is counterpointed by that of her lost father, a doctor who thinks that his daughter is dead and, as a result, devotes himself to helping others in need. When he comes to Last Island to help stem a yellow fever epidemic, he encounters Chita. The consequences are devastating. This beautifully lush, ornately styled tale of south Louisiana in the nineteenth century is a haunting novel that is both impressionistic in its evocation of nature and realistic in its characterizations and depictions of life in this region. Jefferson Humphries's introduction puts Chita in perspective, gives an overview of critical reactions to the novel from its initial publication to the present, and provides a capsule biography of Hearn and a commentary on the stylistic influences on his work.

Lafcadio Hearn (1850-1904) was a writer, critic, amateur engraver, and journalist. He wrote extensively about the cultures of Louisiana and is considered the first major Western chronicler of Japanese culture. He is also the author of La Cuisine Creole: A Collection of Culinary Recipes, Gombo Zhebes, and Glimpses of Unfamiliar Japan. Delia LaBarre is an independent scholar of Lafcadio Hearn and Louisiana culture. Jefferson Humphries (1955-2014) was chair of French studies at Louisiana State University and is author of The Puritan and the Cynic: The Literary Moralist in America and France.