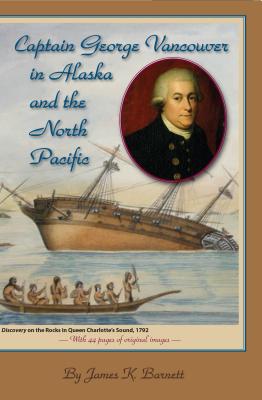 Two of the Northwest Coast's largest cities and its most prominent island are named after the British explorer, George Vancouver, who is largely unknown despite his unprecedented five-year voyage during 1791-95, probably the longest voyage in European history. Sailing in the wake of his mentor, Captain James Cook, Vancouver investigated much of the North Pacific, confirming once and for all that the rumored Northwest Passage did not exist.
His extraordinary expedition was the first to map Puget Sound and named nearly four hundred geographic features from Alaska's Cook Inlet to coastal Oregon. He named Point Campbell, Point MacKenzie and Point Woronzof in Anchorage, as well as Knight and LaTouche Islands, Passage Canal and Wells Passage in Prince William Sound. In Southeast Alaska he specified Lynn Canal, Admiralty and Douglas Islands, Berners Bay and Revillagigedo Island.
In the Pacific Northwest he named Mt. Rainier, Mt. Baker, Mt. St. Helens, Mt. Hood, Port Townsend, Bellingham Bay,