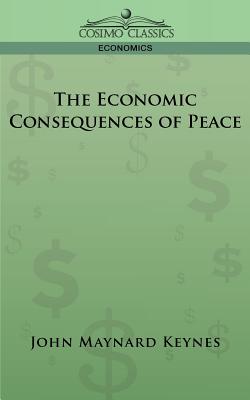 "The power to become habituated to his surroundings is a marked characteristic of mankind. Very few of us realise with conviction the intensely unusual, unstable, complicated, unreliable, temporary nature of the economic organisation by which Western Europe has lived for the last half century." - CHAPTER I-INTRODUCTORY As the most important figures in the history of economics, the work of John Maynard Keynes is nearly without precedent in the history of economics. THE ECONOMIC CONSEQUENCES OF PEACE, first published in 1919, achieved great notoriety due of its contemptuous critique of the French premier as well as President Woodrow Wilson. Keynes criticized the Allied victors for signing the Treaty of Versailles in 1920, which would have ruinous consequences for Europe. At the time, few world and economic leaders appreciated his criticisms as Keynes saw his worst fears realized in the rise of Adolf Hitler and the resulting devastation of World War II. JOHN MAYNARD KEYNES, 1883-1946, was born into an academic family. His father, John Nevile Keynes, was a lecturer at the University of Cambridge where he taught logic and political economy while his son was educated at Eton and Cambridge. Most importantly, Keynes revolutionized economics with his classic book, The General Theory of Employment, Interest and Money (1936). This work is generally regarded as perhaps the most influential social science treatise of the 20th Century, as it quickly and permanently changed the scope of economic thought. Interestingly, Keynes was a central member of the Bloomsbury Group, a collection of upper-class Edwardian aesthetes that served as his life outside of economics, which included Virginia Woolf, Clive Bell, and Lytton Strachey.