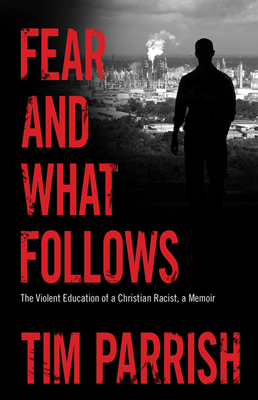 Fear and What Follows is a riveting, unflinching account of the author's spiral into racist violence during the latter years of desegregation in 1960s and 1970s Baton Rouge. About the memoir, author and editor Michael Griffith writes, "This might be a controversial book, in the best way--controversial because it speaks to real and intractable problems and speaks to them with rare bluntness." The narrative of Parrish's descent into fear and irrational behavior begins with bigotry and apocalyptic thinking in his Southern Baptist church. Living a life upon this volatile foundation of prejudice and apprehension, Parrish feels destabilized by his brother going to Vietnam, his own puberty and restlessness, serious family illness, and economic uncertainty. Then a near-fatal street fight and subsequent stalking by an older sociopath fracture what security is left, leaving him terrified and seemingly helpless. Parrish comes to believe that he can only be safe by allying himself with brute force. This brute influence is a vicious, charismatic racist. Under this bigot's terrible sway, Parrish turns to violence in the street and at school. He is even conflicted about whether he will help commit murder in order to avenge a friend. At seventeen he must reckon with all of this as his parents and neighbors grow increasingly afraid that they are "losing" their neighborhood to African Americans. Fear and What Follows is an unparalleled story of the complex roots of southern, urban, working-class racism and white flight, as well as a story of family, love, and the possibility of redemption.

Tim Parrish is professor of English in the MFA Program at Southern Connecticut State University. He is author of Red Stick Men: Stories, published by University Press of Mississippi, and the novel The Jumper. His work has also been published in over thirty literary reviews.