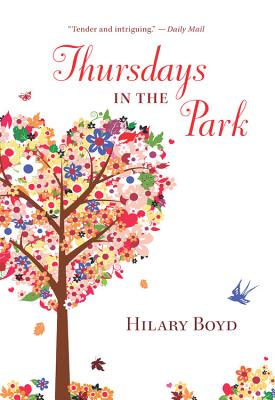 “George and Jeanie had been married for 22 years when he suddenly abandoned his marital bed without any explanation. Ten years later, living in a celibate marriage and with a seemingly amicable relationship, George opts for them to sell the family home and move to the country. Jeanie, however, has found a new spark in her life when she meets Ray in the park on the Thursdays she spends with her two-year-old granddaughter. Can she light that spark and enter into a late-in-life romance with Ray? Single or married, young or on the other side of young, read and ride along on this delightful, romantic journey.”
— Carol Hicks, Bookshelf At Hooligan Rocks, Truckee, CA

A touching, romantic tale of new attraction and old loyalties.

Jeanie is on the brink of turning sixty, and the man she's been married to for more than half of her life has suddenly abandoned their marital bed. Jeanie is deeply hurt and very confused: Has she done something wrong? Is he in love with someone else? Her pained bewilderment turns to anger as he remains unable, or unwilling, to provide answers.

The bright spot of Jeanie's week is Thursday, the day she takes her granddaughter to the park. There, one day, she meets Ray--age-appropriate, kind-hearted, easygoing, and downright sexy. In short, he is everything that George is not.
As her relationship with Ray begins to blossom and she begins to think that her life might hold in store a bold second act, she begins to wonder if she has the courage to take a step off the precipice of routine and duty and into the swirling winds of romance.

Hilary Boyd trained as a nurse at Great Ormond Street Hospital, then as a marriage guidance counselor. After a degree in English Literature at London University in her thirties, she moved into health journalism, writing a Mind, Body, Spirit column for the Daily Express. She published six nonfiction books on health-related subjects before turning to fiction and writing a string of bestsellers, starting with Thursdays in the Park. Hilary is married to film director/producer Don Boyd.

"A smart emotional drama, you will race through this."—The Daily Mirror (on A Most Desirable Marriage)

"Poignant, well observed, and wonderfully written, this is a bit of a heartstring-puller."—Closer (on Tangled Lives)

"Boyd is as canny as Joanna Trollope at observing family life--and better than Trollope at jokes."—The Daily Mail