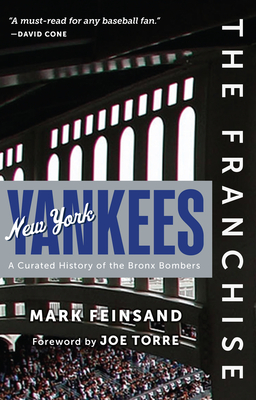 In The Franchise: New York Yankees, take a more profound and unique journey into the history of the baseball's most successful team.

This thoughtful and engaging collection of essays captures the astute fans’ history of the franchise, going beyond well-worn narratives of yesteryear to uncover the less-discussed moments, decisions, people, and settings that fostered the Yankees' iconic identity.

Through wheeling and dealing, mythmaking and community building, explore where the organization has been, how it got to prominence in the modern major league landscape, and how it’ll continue to evolve and stay in contention for generations to come.

Yankees fans in the know will enjoy this personal, local, in-depth look at baseball history.

Mark Feinsand has been covering Major League Baseball since 2001, spending the first 16 of those seasons on the New York Yankees beat for MLB.com (2001–06) and the New York Daily News (2007–16). He returned to MLB.com as an executive reporter before the 2017 season. He is the author of The New York Yankees Bucket List and the co-author of Mission 27.

Joe Torre was the manager of the New York Yankees from 1996 to 2007, guiding the club to six pennants and four World Series championships during that time. He has served as a special assistant to the Commissioner of Baseball since 2020 and was elected to the National Baseball Hall of Fame in 2014.