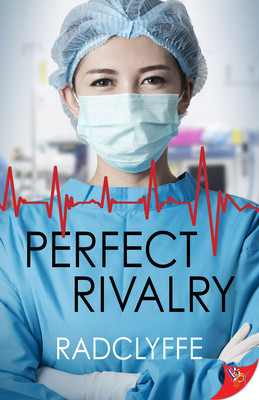 Ren Dunbar is used to never fitting in--anywhere. Graduating high school at thirteen and med school at nineteen pretty much guaranteed she'd always have trouble proving she belonged, but she's okay with that. She prefers the solitude of the lab over the raucous atmosphere in the OR, which would be fine except she's a surgery resident. Winning the Benjamin Franklin Prize in surgery is just the proof she needs to show everyone she deserves to be part of their world.

Dani Chan knows she's disappointed her family in choosing a mundane clinical career--in surgery no less--over the far more valuable world of medical research. When she wins the Franklin Prize and the national acclaim that comes with it, she'll finally gain their approval, and maybe, at last, their affection.

Ren and Dani set out to win, no matter what it takes, but their unexpected attraction is an obstacle neither has counted on and love may be the final reward.