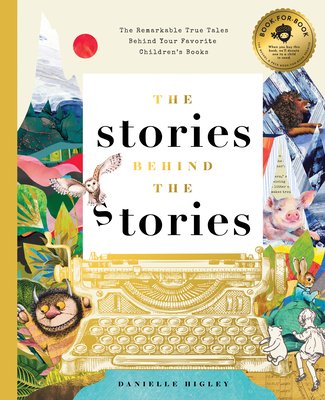 Entertaining . . . A lovely keepsake celebrating books that remain key parts of childhood for people all around the world.--Foreword Reviews

Did you know that the Very Hungry Caterpillar was originally just a fat worm named Willi?

Or that the author of Charlotte's Web hatched real spiders on top of his dresser?

In The Stories Behind the Stories, you'll hear the incredible behind-the-scenes tales of twenty-nine beloved children's classics. Discover the childhood inspiration behind Charlie and the Chocolate Factory, the original name of Curious George, the mysterious origin of Mother Goose, and what happened when Maurice Sendak told his editor he couldn't draw wild horses (spoiler alert: he drew wild things instead). It's a celebration of children's literature, and you're invited

From the Author's Note:

In my research of these authors, I began to see that our most treasured children's books weren't just built on creativity and imagination--many were born from extraordinary persistence and grit. Considering Benjamin Franklin's quote, that a person should either write something great or do something great, it's clear to me that the authors we admire most have done both. And perhaps it's this secret ingredient that's made their writing so genuine, so engaging, and so enduring.