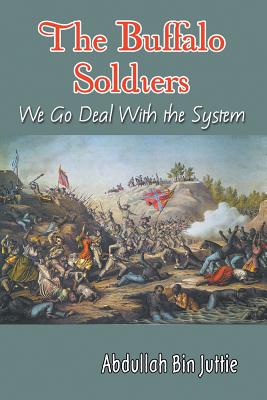 Stories of The Buffalo Soldiers have not been portrayed in history books enough. Abdullah Bin Juttie felt a responsibility to tell this story, giving positive images of African American men who dedicated themselves to restoring the Union. It intends to reestablish the dignity of the African American, whose battlefield prowess is demonstrated throughout the history of the United States military. The story is about a black man from Nashville, Tennessee, who wanted to avenge the massacre of 300 African American men, women, and children by Southern troops under the command of Nathan Bedford Forrest (a prominent figure in the foundation of the Ku Klux Klan) at the battle of Fort Pillow on April 12, 1864. After serving in the Civil War, he joined a Negro Cavalry unit respectfully named The Buffalo Soldiers. Upon retiring from the U.S. Army, he faces similar racism to what he experienced before risking his life in war, when he fought to protect the lives of Northern white men from the troops under General Robert E. Lee's Army of Northern Virginia. This soldier watched his best friend die in an attack by a racist mob attempting to lynch all the black men of his community. The story culminates with him calling his former commanding officer, General William Tecumseh Sherman, to rescue his surrounded community from KKK sympathizers who wanted to massacre his people in the same fashion that was later done to the Black Wall Street community of Tulsa, Oklahoma in 1921. A native of Detroit, Michigan, Abdullah Bin Juttie works as an ESL teacher. The movie "Glory" inspired him to write this story. This is his second book; the first was titled The Last Crusades. Publisher's website: http: //sbprabooks.com/AbdullahBinJuttie.