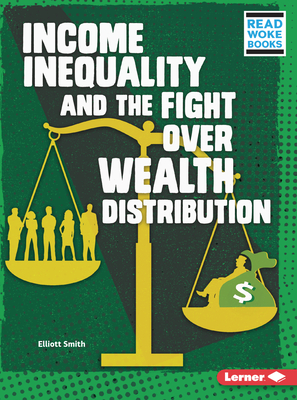 In America, the amount of money people earn for doing the same job isn't always equal. The United States only recently made it illegal to pay men more than women for the same job, and the country's history of racism has created big wealth gaps between white and Black people that persist in the twenty-first century. Learn how income inequality originated, why it is a problem, and the ways people are fighting for an equal playing field.

Read Woke(TM) Books are created in partnership with Cicely Lewis, the Read Woke librarian. Inspired by a belief that knowledge is power, Read Woke Books seek to amplify the voices of people of the global majority (people who are of African, Arab, Asian, and Latin American descent and identify as not white), provide information about groups that have been disenfranchised, share perspectives of people who have been underrepresented or oppressed, challenge social norms and disrupt the status quo, and encourage readers to take action in their community.