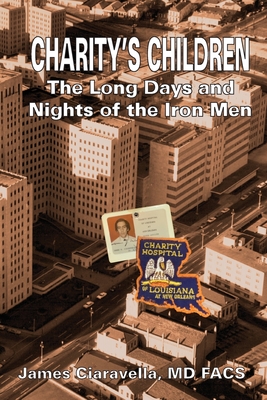 Charity's Children tells the true story of the training of a cardiovascular surgeon, from his internship through his year as chief resident at Charity Hospital, one of the world's largest and most important teaching hospitals. This story is set in the early days of cardiac surgery-the late 1960s through 1970s, when today's technology was not yet available. The author takes you into his life, from the lowest-level intern performing round-the-clock tasks and duties to his later role as teacher with the life-and-death responsibilities. Readers witness in detail the emergency trauma and elective cardiovascular cases that were performed. Initially, Ciaravella wanted only to document the many "only at Charity" stories that the had been involved with or that had been passed down from his Charity-trained surgeon father. He was, however able to interview thirty of his contemporaries who were either chief residents when he was an intern or, now-practicing surgeons that were interns or junior residents when he was chief resident. The early history of Charity is chronicled, as are the professors who significantly impacted his life and his training. His section titled "Breaking News" describes in detail several major events that rocked the city of New Orleans, and details how they impacted Charity Hospital with never-before-told eye witness accounts of sacrifice and dedication.