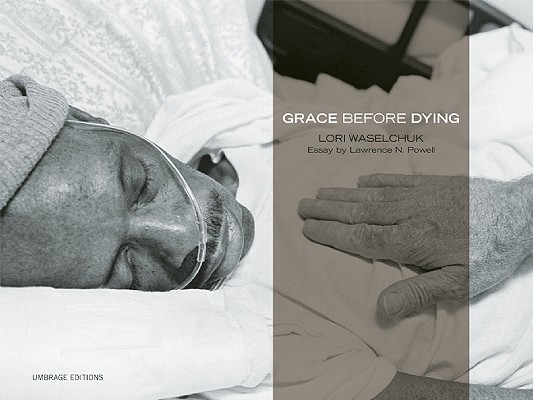 Lori Waselchuk's work documents the new hospice program run by inmate volunteers at Louisiana State Penitentiary at Angola, a first-of-its kind service meant to comfort inmates who are elderly or fatally ill. Waselchuk's photographs explore how, through hospice, inmates assert and affirm their humanity in an environment designed to isolate and punish.

Lori Waselchuk is a documentary photographer whose photographs have appeared in numerous publications, including "Newsweek, " "Life," "The New York Times," and the "Los Angeles Times." She has reproduced photographs for several international aid organizations including CARE, the UN World Food Program, Medecins Sans Frontieres, and the Vaccine Fund.

Lawrence N. Powell is a professor of history at Tulane University and the author of several books.

Lori Waselchuk is a documentary photographer whose photographs have appeared in magazines and newspapers worldwide, including "Newsweek, LIFE, The New York Times" and "The Los Angeles Times." She has reproduced photographs for several international aid organizations including CARE, the UN World Food Program, Medecins Sans Frontieres, and the Vaccine Fund. Waselchuk is a recipient of the Aaron Siskend Foundation's 2009 Individual Photographer Fellowship;a 2008 Distribution Grant from the Documentary Photography Project of the Open Society Institute;the 2007 PhotoNOLA Review Prize;and the 2004 Southern African Gender and Media Award for Photojournalism. Waselchuk was also a nominee for the 2009 Santa Fe Prize for Photography; a finalist in the 2008 Aperture West Book Prize; and a finalist in the 2006 and 2008 Critical Mass review.

Lawrence N. Powell is currently a Professor of History at Tulane University, where he specializes in Civil War and Reconstruction; Southern history; Louisiana history and politics; and the Holocaust. He is the author of numerous books including the recent, " New Orleans: The Making of an American Pompeii" forthcoming from Harvard University Press; Editor, "The History of New Orleans," "Reconstructing Louisiana, Troubled Memory: Anne Levy, the Holocaust, and David Duke's Louisiana" and "New Masters Northern Planters during the Civil War and Reconstruction." Powell received his doctorate from Yale University in 1976.

Dignity can be found at the end of life even in the most challenging of circumstances. Grace Before Dying shares the powerful story of a unique movement to care for the dying that is transforming lives within a correctional institution. Seeing violence replaced with empathy and compassion is an important lesson for everyone.”
J. Donald Schumacher, PsyD, President and CEO, National Hospice and Palliative Care Organization

"These are literally life-and-death matters Waselchuk is showing. Which makes all the more impressive the restraint with which she presents them."
Mark Feeny, The Boston Globe