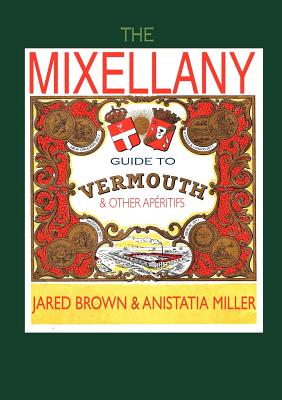 The Mixellany Guide to Vermouth & Other Aperitifs explores the remarkable history of aromatized wines and spirits as well as the secrets of their production. When vermouth landed on American shores, it gave birth to an entire family of drinks from the Martini and the Manhattan to the Adonis and the Metropole. In Britain, the dry and sweet versions led to the Blood & Sand and the Matador. But why did Winston Churchill allegedly bow toward France instead of using vermouth in a drink? Why have various eyedroppers and atomizers been marketed to administer minute amounts of this aromatized wine into American drinks on both sides of the Atlantic? In caf's throughout Italy and France you can tell the time by the orders for tumblers and goblets of vermouth on the rocks. Argentines and Chileans love vermouth so much their cocktail hour is sometimes called l'hora del vermut the vermouth hour]. In some regions of Spain bodegas have barrels of vermouth to dole out for after-work aperitivos. Drinks historians and life-long vermouth lovers, Jared Brown and Anistatia Miller delve into the reasons why vermouths and other ap ritifs have been so misunderstood and under-valued since the end of Prohibition in the United States and suggest why it is time to have a change of heart.