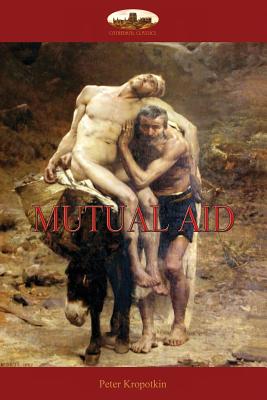 Mutual Aid, Peter Kropotkin's most famous work, is both an Anarchist Classic and an important Biological treatise. It was written as a direct rebuttal of T.H. Huxley's 'Hobbesian' assertion that human society was a constant battle of "all against all", and that civilisation only existed by imposition of order from above (an argument that was used by the ruling class to validate unjust societal norms).

Kropotkin does not deny the existence of competition between individuals and groups, but amasses an overwhelming body of evidence that reveals mutual aid as an important factor in evolution. Individuals of sociable species prosper, develop and reproduce successfully because of their cooperation. And Humanity is no exception - in a comprehensive review of human society, both historical and contemporary, Kropotkin shows the vital importance of mutual support in the evolution of everything from tribal life to the development of cities, science and art. Anthropologist Ashley Montagu considered "no book in the whole realm of evolutionary theories more readable or more important..."